Brian Palermo's dramatic and riveting 45-second performance as myself in The Social Network. The rest of the movie is just okay, but the scene where I am teaching virtual memory to Mark Zuckerberg is one of the most compelling moments in modern cinema, right up there with Daniel Day-Lewis in the final scene of There Will Be Blood.

It was early June and I was sitting by the pool in Providenciales, Turks and Caicos Islands, drinking a rum punch, when my cell phone rang. "Hi Matt, it's Greg." Morrisett, that is, at the time the CS department chair at Harvard. "Oh, hi Greg," I said, nonchalantly, as though I was used to getting phone calls from him while being thousands of miles away. "I have good news," he said, and told me that my tenure case had just been approved by the President. I believe my exact response was, "no shit!" (in the surprised and delighted sense, not the sarcastic sense). In that moment I felt that seven years of hard work had finally paid off. 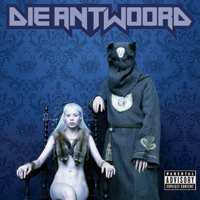 $O$ by Die Antwoord. Every now and then an album comes along that I get utterly addicted to, and listen on repeat for days on end until I'm sick of it... and then I listen some more. Die Antwoord's unbelievable mashup of white-boy rap, totally sappy techno, and over-the-top lyrics in English, Afrikaans, and Xhosa is one such album. This is not at all the kind of music I usually listen to, but something about the trashy hooks and ridiculous vocals is just too catchy. The best song is "Evil Boy," which has a brilliant video (warning: definitely NSFW). Also check out the faux documentary video "Zef Side." Runners up: Transference by Spoon; Root for Ruin by Les Savy Fav.

Being daddy to an eighteen-month-old. Fatherhood continues to wear well on me. As my little boy, Sidney, gets older, he only manages to be more amazing and more entertaining. These days he's running, talking, singing, parroting back pretty much anything he hears (gotta watch what I say around him), coloring with crayons, counting, naming everything in sight. It's also exhausting taking care of him at times, but totally worth it in every way.
By Unknown at January 04, 2011