Being the end of the year, I think it's appropriate to reflect on some of the best things that happened in 2009.

f official signature: graduating two Ph.D. students. I'm finally no longer a leaf node on the academic genealogy. Two of my graduate students, Bor-rong Chen and Konrad Lorincz, finished their degrees this fall, and I am insanely proud of them. It is really amazing to look back on all of their hard work over the last few years and reflect on what they accomplished. At the same time it's kind of sad to no longer have them in my group, although Bor-rong is sticking around as a postdoc on a new project that we have going with the Wyss Institute. (I'm kind of hoping he never leaves!) application of Fernet Branca: The Toronto Cocktail. Fernet was a pre-2009 discovery, to be sure, but this particular combination of rye, Fernet, simple syrup, and bitters is by far the best way to mix it. I've been teaching bartenders around Boston how to make it; ideally with a flamed lemon peel. Runner up: The Trinidad Sour, which uses Angostura bitters as a base. Challenging. 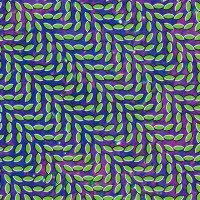 h, joyful, perplexing, and beautiful. I've probably listened to it more than anything else I got in 2009, although my last.fm profile begs to differ. It's no surprise it topped Pitchfork's list of best albums in 2009. If you're not convinced, check out the video for "Summertime Clothes" here. Runners up: Bitte Orca by the Dirty Projectors; In Prism by Polvo. 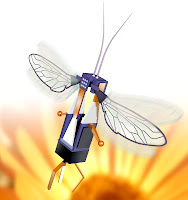 stimulus money: RoboBees. One highlight this year was being a Co-PI on an NSF Expeditions in Computing grant to develop a colony of micro-scale flapping wing robots. Along with nine other faculty, we are tackling a bunch of exciting research problems, my particular focus being on systems and language support for coordinating the activity of the colony. This is going to be a fun project and a bunch of students are getting involved already.

Best reason for sleep deprivation: Becoming a dad. Having a baby has been the most challenging, and most rewarding, thing that has ever happened to me. After raising a puppy and advising eight Ph.D. students, I figured the fatherhood thing would be a cinch. Not so. But it has been a huge learning opportunity -- about myself, about what really matters in life, about setting priorities. Sidney is now almost six months old and is the cutest little fella I've ever seen -- I just can't wait to be able to take him to the zoo and teach him C++.