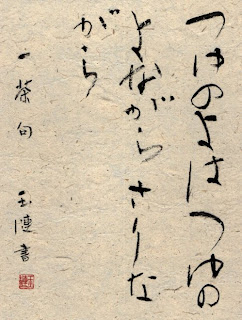 Today in my graduate course we discussed the Berkeley snlog system. This is a declarative programming language for sensor nets, based on Datalog, and derived from the authors' previous work on P2.

Mike Lyons, one of the Ph.D. students in the course, made an interesting observation. He pointed out that programming in these very concise, domain-specific languages is like "writing haiku." The idea behind these various languages is to make programming sensornets simpler by abstracting away details and making the code tighter and easier to grok. Mike observed that he'd "rather write 10 pages of C code than 10 lines of Datalog," which is a very good point -- and one that speaks to a number of projects that equate "fewer lines of code" with "ease of programming."

A number of projects, including several of my own (Flask, Regiment), have focused on simplifying programming for sensor nets. The idea is that building up complex distributed behaviors from low-level programs, usually implemented in C, is too painful for non-experts. The main challenge is grappling with the complex dynamics that arise when you have uncertain environmental conditions, message loss, node failure, and so forth. This is difficult in conventional distributed systems, and even more painful in the extremely resource-challenged domain of sensor nets. To this end, there has been a slew of sensor net language papers, ranging from simple node-based languages to more ambitious, network-wide programming environments. For those without the patience to run them all down, Luca Mottola's PhD thesis does a great job at surveying the field.

Evaluating a language paper, especially in a relatively new domain, is often challenging. In sensor nets, CPU performance is not a good metric -- often we care more about energy consumption, communication overheads, and robustness to failure. Evaluating "ease of programming" is much more difficult. The most common quantitative measure is lines of code, but this is potentially misleading. As Mike pointed out today, the more compact a language is, the more important it is that every line of code is absolutely right -- there's less wiggle room or flexibility to explore alternative ways of implementing the same thing.

Peter Dinda's group at Northwestern has done an actual user study (gasp!) of a simple, BASIC-based language for sensor nets. While this is far better methodology, I'm worried that such an approach is too heavily biased towards absolute neophyte programmers, and this tells us very little about how effective the language will be for writing real applications. After all, most domain scientists who want to employ sensor nets are already programmers (though often in languages like MATLAB). So what is good for a user study may not be good for actual users.

So maybe we need to get away from "ease of programming" as our key metric, and focus on what domain experts really need to leverage sensor nets. It's clear that people can learn a new language if it will help them get their work done. In the end, the language is probably a lot less important than the mental abstraction required to capture a given program.
By Matt Welsh at March 31, 2009